Believe or not, The Ingenious Mr Fairchild is the name of this rose. I am glad to report that it has just produced its first blooms after a rescue attempt. Our plant had been in the wrong place for many years. I may have reported that, at the beginning of lockdown, I decided to pot it up and relocate. It was only at that point that I discovered its strange name, The Ingenious Mr Fairchild, and the story behind it which, to me, is as surprising as its name

According to the record, Thomas Fairchild was the first person to produce a plant through crossbreeding. Perhaps it would more accurate to say he was the first person recorded to have crossbred – surely, this must have been tried in ancient civilisations like the Chinese or the Persians – who knows?

Fairchild produced a new variety by crossing a Sweet William with a Carnation. This was in 1717 and the result was called Fairchild’s Mule – rather apt. It was a modern plant breeder, David Austin, who decided to name one of his roses after Fairchild in 2003. A nice gesture, Codger thinks, possibly somewhat overdue

He looks a jolly character. Rather unlike the rose named after him which has rather sharp thorns. Looking again, I suspect he was both sharp and jolly - the twinkle in the eye is the giveaway

Plants for You
Take a look at the top right of this page. Immediately above “About me” you will see a clickable link “Plants for You”. This takes you to a page which sets out the plants we can supply at the moment. It also indicates what is coming along soon

I shall be adding some photographs as not all of the plants / varieties will be familiar to many readers. For example, I have come across a really attractive houseplant Adenium Obesum – sometimes call the Desert Rose. If you are looking for something special, it may fit the bill

So, please use the Plants for You label – as I say, look top-right on this the home page and click there (it will take a few days to work on the photos) 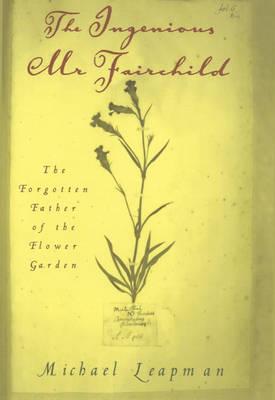 Treat yourself!
Many readers of this blog have been ‘lockdown sheltering’ and will have been relieved to hear of a reprieve – the date I heard was July 6 but now seems to be the end of the moth. So,there is still time to read a book. In checking out the Thomas Fairchild story, I stumbled across the biography which suggested to rose-breeder David Austin the inviting epithet: Ingenious. Not only so, but I also found that Blackwell’s still have a stock of the book which they are selling at only £2.99 – who could resist such a bargain especially when you discover that P&P is free?  (List price is £14.99 - gets even better!)

And, perhaps, I should say again that your old Codger has absolutely no commercial connections at all. I have used Blackwell’s in the past and found them to be a good company to deal with. The book details are here

Now, here are a few matters on which I am said I would report back to readers ...

Firecracker primulas
Remember I was into multiplication by division? In practice, the arithmetic turned out somewhat disappointing. This may be of interest to you if you have primulas that you wish to increase
Some plants turned out to be too small to divide. About 50% split OK and so doubled. A couple of plants were so keen to flower, I did not have the heart to stop them

It's too early to judge, but I guess we shall obtain get a 30% increase - much below my expectations

My attention now turns to the primula denticulata and to Miller’s Crimson (shown right). Once again, I shall let you know how well we do

True grit
You may have noticed how, on gardening programmes, you hear things like, “Add plenty of grit to so the mix is really free-draining”. Ever tried buying horticultural grit? In most garden centres you pay a lot for a little. I thought I had found the solution: buy the grit that poultry-keepers use. I bought a 25kg sack via Amazon only to find that there are different sorts. I ordered the wrong type that included crushed shells

What you need is a grit that does not affect the pH (acidity/alkalinity) of your potting compost so I placed a new order and, this time, got just the right thing – see photo. What I needed was flint grit. This arrived yesterday and looks to be exactly what is required. I got 25kg for £16.99 which I think is good value. But, remember, 25kg is seriously heavy (the Yodel guy was, I think, a bodybuilder!)

Mine your own peat
When I mentioned the manure mountain last week, I indicated that it had a history. How long, I know not, but long enough for some of the material to have become peat – or as close to it as makes no difference, as you can see it the photo. I have used this as top-dressing for the tomatoes in the greenhouse. Before I put this down, I gave them a sprinkling of wood ash that I had saved from a rather fierce BBQ fuelled by some old fencing panels. Nothing goes to waste when you are aiming for self-sufficiency! The wood ash, which had to kept dry, should provide a boost to the production of fruit (note the verbal connection: potash / potassium)

Needless to say, I shall be going back for more. Peat apart, this is probably the point to say that if you can get hold of manure, and it is still ‘ripe’, simply put it on the compost heap to finish off. The heap will benefit and you will soon have usable material

Next edition
That's all for today, folks. Look out for the next edition on Friday when I plan to tell you about Garden Codger's Secret. Ssshh - don't tell anyone ... 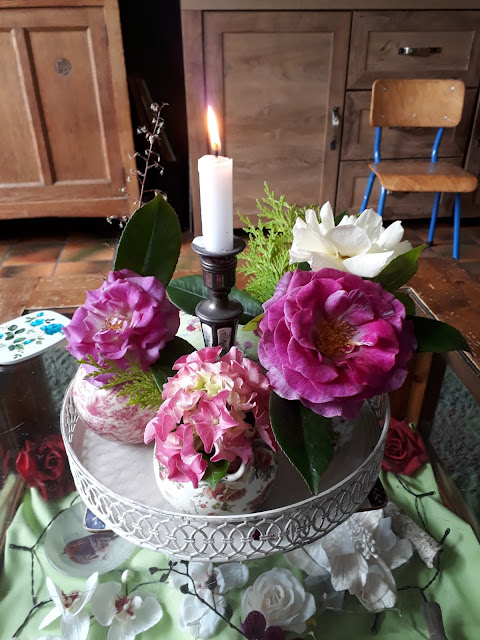