It is a wet Friday – a very wet and miserable Friday. Last Sunday, I thought I had the week planned out rather well. Some long overdue Codger jobs to tackle, a number of folks to visit in a lockdown compliant way and preparation for our Harvest Thanksgiving (revised lockdown format) to also slot in. So, checking the BBC weather forecast, I had roughed out plan for the week

They tell me that there is a Jewish joke – more like an aphorism: if you want to make God laugh, tell him your plans. I don’t mean that in any disrespectful way, after all, there is a Scripture verse that says: The heart of man plans his way, but the Lord establishes his steps (Proverbs 16:9) – a much more reassuring statement,. However, one that still keeps us in our place. Things seemed to start rather well …

Packwood House
The best weather was promised for Monday so, finding that there was a timed slot for Packwood House we quickly snapped it up on Sunday evening. We chose Packwood House partly because it had featured on Friday’s Gardening World. Adam Frost, Monty’s cheeky-chappie stand-in had enthused over the long border as being a joy to behold
In the event, we were rather disappointed. Much of the garden was closed off - presumably as a Covid measure. Baddesley was much better, we thought. Even so, I got a few shots of some nice plants including the rose here. We consoled ourselves with a cream tea. This proved to be the highlight of the visit

Although I can make no great claims as a gardener, I can recognise a good cream tea when I taste one

Name that plant
You can learn a lot by visiting gardens. Taken together, Baddesley and Packwood had half-a-dozen plants that I wanted to follow up on. One, at least, I had never seen before. I have several reference books that I can use but, increasingly, I find the web the best resource

Do you know about Google Lens? It could well already be on your smartphone if you are running Android. Take a look at your photos. When you select a picture you’ll find that symbols appear at the bottom of the screen. For example, a rubbish bin (officially, a trash can?). I tend to use that a lot – you can guess what it is for

I get four icons at the bottom of my screen. One of them looks something like a square with rounded corners and a dot in the middle. This is Google Lens (actually, an app, I think). I you have never tried it before, have a go – your homework for the week!

I used it to identify the Ammi in the picture above(my photograph from Baddesley and my sisiter-in-law checked it later with the gardener there). But I’m still not 100% sure which Ammi. Is it Ammi Majus or Ammi Visnaga? See what you think. Even with some help, exact identification can be difficult 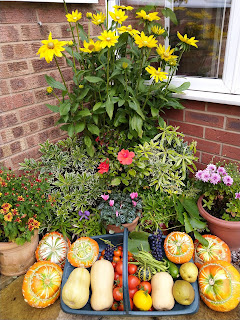 Harvest
I had originally planned this Codger episode to focus on Harvest. Events determined otherwise (see below) – perhaps we can report in retrospect next week. However, before leaving for Packwood I managed to do my little bit for the own Harvest celebration – (photo left). Others will have done something similar and I look forward to seeing the result. The lockdown restrictions prevent us doing the usual display. Our financial offering will be split between the Birmingham City Mission and the local Tipton Food Bank

BCM have produced a video. You can see it here 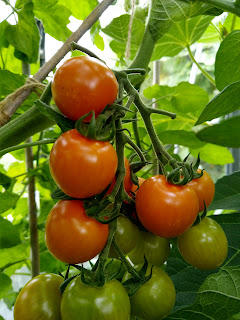 Although Monday promised the best of the sunshine, that was reserved for Tuesday. Still feeling rather full, Mrs Codger and I managed to resist the temptation of another cream tea and visited a number of older folk who have been very restricted by lockdown. Since we are still under a local lockdown we cannot pass over the threshold but we can still ring the bell and say hello at a safe distance. Sometimes tomatoes change hands; somehow, we always end up with too many

Our visits concentrate on those without access to online technology. Just one Codger tale. A lady, well on in her eighties, had one of our potted bush tomatoes early in the season. It sat outside the back door in a sunny spot. When the restrictions were relaxed, the great grandchildren visited. Soon, part of the routine included picking and eating tomatoes. According to nan, the plant has never stopped giving. Good for the children in more than one way, I’m sure

I have been reviewing the various things we have done during lockdown. Potted bush tomatoes will stay on the list for next year, I reckon. Incidentally, I have yet to wake up wondering, “What shall I do to today?” Despite every constraint, there is more than enough to do. Which brings me to the fish … 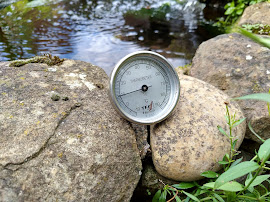 Forgive me if I have mentioned this before – but I find it rather fascinating. Fish stop feeding below eleven degrees. It is just as though a switch has been thrown. Mine stopped about a week ago. This was a bit of a wakeup call as I have been putting off a job that I know needs doing: repotting the larger water lilies. They hardly flowered this year, so I knew I was overdue on this job. I attended to the smaller ones a couple of months ago but somehow …
It is late to do this now, so I knew I had to act. It is my favourite job and really needs a sunny day and the forecast told me that would be on Thursday – after that, wet and cold set in. So, everything needed to be lined up to capitalise on Thursday. I set things up so the main repotting could be done in the dry in the greenhouse on Wednesday allowing the wet bit to be done in the sunshine

I shall spare you the messy details. I did everything short of falling in the pond and ended up with the water becoming a muddy mess

Just one compensation: in my subsequent dredging operations I caught quite a number of the smaller fish – a couple of which I have photographed for you in their temporary accommodation

As I have mentioned before, I find the colour change interesting. I don’t have black one to show you (it is raining out there as I write!) but here is a silver/bronze and an gold/orange. Pond restoration will involve dismantling the filter, finishing repotting the lilies and relocating them in the pond. Oh, for a sunny spell but the forecast is not very promising

So, all for now from the old, damp and rather cold Gardening/Fishing Codger!