However, in my experience gooseberries always do well and are worth considering if you have not yet tried growing fruit. I used to have both green and red varieties but have settled on the Japanese red Hinnonmaki. Here is what one true expert says:

Hinnonmaki Red ... gooseberry lacks an AGM but is our favourite. It produces large red berries, and lots of them, which are sweet enough to be eaten raw - really delicious. This is a strong grower which has good resistance to disease. We recommend this one without hesitation and it thrives even in cooler areas (full article here)

Is there a downside? Well, the thorns are sharp - very sharp! On the other hand, a big plus point is that they do not need full sun all day - and, also, they will do well in a container. As I type this, I have just realised that my bush is about 25 years old. It somehow seems to self-regenerate as the roots spread. You can control the thing by pruning and this can also make the fruit easier to pick. To be honest, mine gets very little attention and keeps on producing loads of lovely sweet fruit every summer

Of course, raspberries are a safer option as far as thorns are concerned. In fact, raspberries are my favourite fruit although ours did not perform quite so well this year due to poor pruning (my fault). Summer fruiting varieties are best cut back as soon as they have finished fruiting, whereas late fruiting varieties (such as Autumn Bliss) are best done in February. rather than wander around the topic, let me list the plants potted up in the nursery here and looking for a good home ... 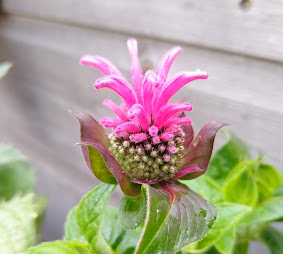 In the previous two editions I ran what amounts to a quiz - so it's time for some answers. The amazing bloom (shown above) is Iris Ensata - a Japanese water iris. Sadly, the bloom does not last long and, this year, only one plant flowered - I guess, because I split them last year. I find that tends to happen when propagating irises
And then there was a Monarda. Here is a younger version - photo right. I've no need to show the honeysuckle again - that was an easy one
The previous week showed the David Austin rose, Celebration, below which was a lovely achillea.
These are a great asset to the flower border as you can see here (left). And this gives me a chance to plug again my offer of perennial plants - we have a good stock of these plants
Also looking back to that edition (10th July), you have Moses in the Bulrushes and the startling electric blue of Eryngium. Also the Ligularia which we described last week
A comment!
It does not worry Codger at all (in fact, he is rather relieved) but his blog only rarely gets a comment (only seven in total!). The 10th July post was an exception. Seven dwarves indeed! If you look back and click on comments, you'll work out the connection. Now, this raises a question: which one? The choice is: Doc, Grumpy, Happy, Sleepy, Bashful, Sneezy, or Dopey
Thanks for reading. Answers on a postcard to ... ... the old Garden Codger
PS. And to show there are no hard feelings - here are a few shots taken in the last couple of days: 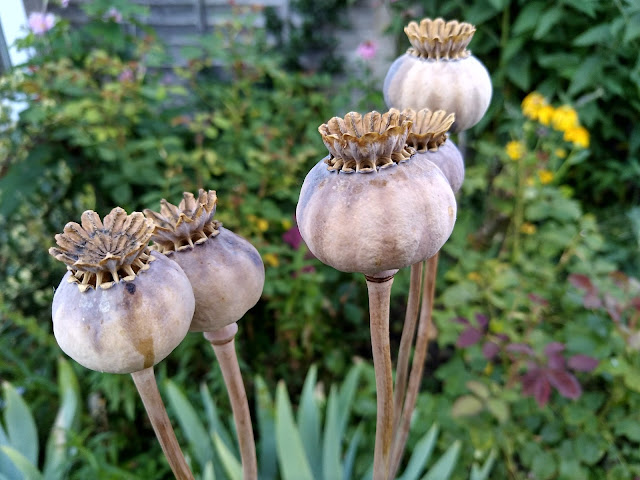 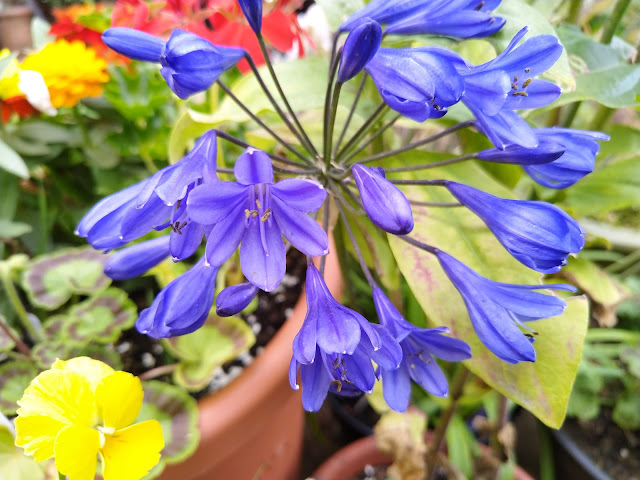 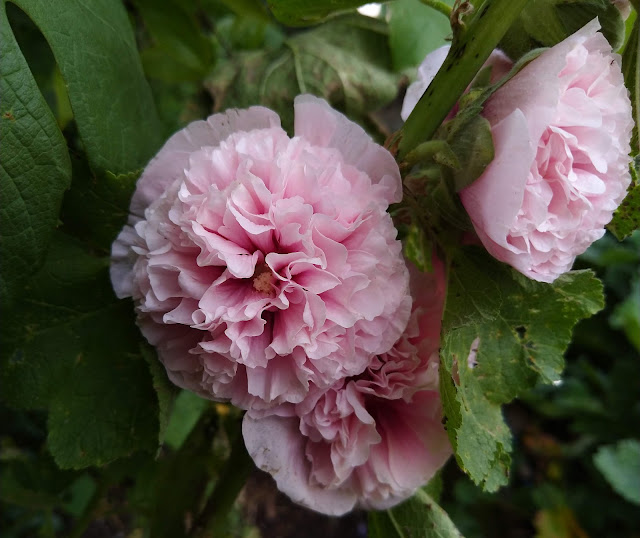 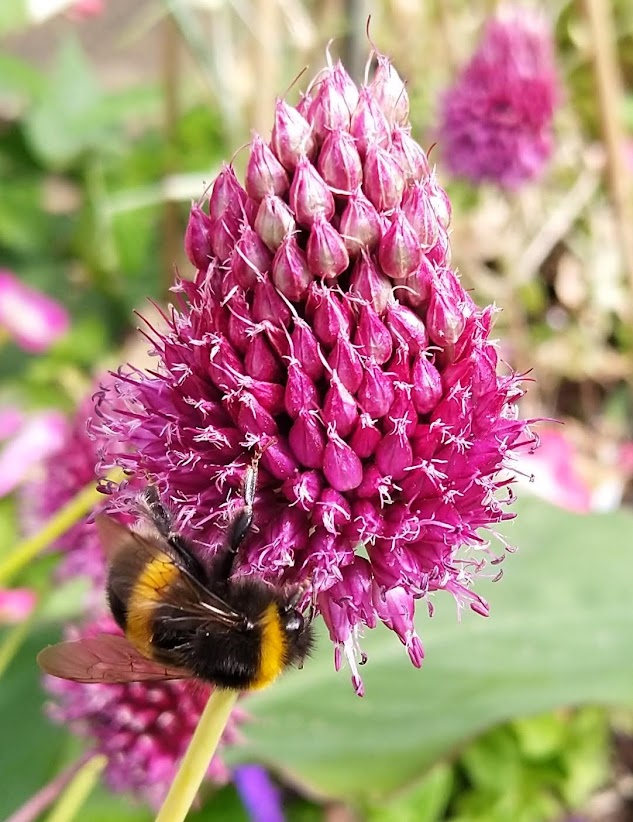