Roses tend to predominate as Spring turns to summer. Then come the dahlias – and they will keep coming, right into the autumn. By no means a dahlia expert, I have learned something about them that I should have realised long ago. The result of which is that we now have plenty of young plants available – see below

But, first, before the opportunity completely passes us by, I wish to refer to the visit that the Prime Minister paid to Dudley last week. Yes, it was only a week ago that Boris popped in. You know what they say, “A week is a long time in politics” – it is true though, isn’t it? Things move on so quickly – but it was only last week that the PM chose Dudley as the backdrop for his big policy speech

You may have wondered why he chose Dudley. I suspect there were two reasons. First, he needed to show that he remembers where the new votes came from in the General Election. (At the time the press tended to focus on northern constituencies, but the big swing also occurred around here in the Black Country.) Second, Dudley happens to be a place where big key spending projects are already up and running

Oddly, I had already planned to do something on this when an email plopped into my inbox with a brand a new video about these Regeneration Projects – an interesting coincidence, I thought. You can see the video here

Three of these big projects are focussed on the Tipton end of Dudley – the area around the Zoo down to the Black Country Living Museum and Canal Basin. Work went on right through lockdown pouring tonnes of concrete so the new Metro extension can turn off the old railway line and head up into the town centre. Nearby there will be a new research establishment for what is known a VLR – Very Light Railway - see artist's impression above. This facility will make use of the old railway line being bypassed by the Metro. The third development is a Technology Institute. The video gives further information about all of these - and more

What is fascinating to a history buff is that these developments will fill the landscape made famous by J MW Turner. I am assuming his viewpoint was somewhere near the canal basin. In those days, the Black Country had the reputation of being “black by day and red by night”. It is said that Queen Victoria pulled down the blinds in her railway carriage as the train sped north between Birmingham and Wolverhampton

There is a bit of a sting in the tail. The new Metro station will be on the line that runs from Wednesbury, through Tipton, to Merry Hill – the huge shopping centre whose owners, Intu, have just gone into (pun unintended) administration. Codger has no wisdom here. Like everyone else, he stands back wondering just how our economic future will shape up and how successful the current initiatives will be. We must live in hopes

Speaking economics
Well, not exactly economics, but related. I saw a horticultural bargain yesterday at our local Asda. Grateful for the help we have received during lockdown, I have resumed doing an actual, physical, real-life, weekly shop. Out at eight, back by nine. Works a dream. You have heard of silver-surfers – we are the silver-shoppers – I reckon younger folk have got used to late mornings during lockdown 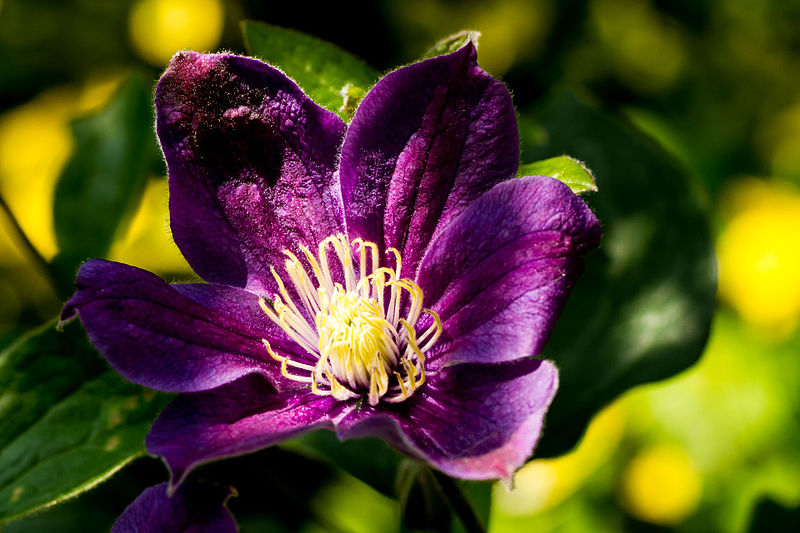 You know what they say about the early worm? I saw three Clematis for a fiver. Checked and, to my surprise, nice varieties! So, snap ‘em up quick. (They also have other climbers in the same deal.) On a related point, I have now a fair bit of experience with online suppliers. There must be many good ones, but I have found Hayloft very reliable on both quality and delivery. I also like Woolmans – and they have a lovely catalogue, as well as a nice new website. Having said this, I still do not fully understand how the trade works. I sense that there is a lot of selling-on 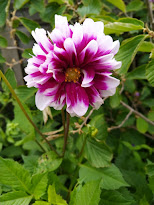 D is for Dahlias
So, we come, at last, to dahlias. Confession: until a couple of months ago, I had never taken a dahlia cutting. My practice had been simple. Dig them up the tubers before winter sets in and plant them out again the following Spring. We are on heavy clay here, so the tubers rot off if left in the ground. They need to be over-wintered in old potting compost – I think sand can also be used – and stored in frost-free conditions

The tubers wake up in the Spring and send up little shoots. Now, this is where I was missing a trick. It is amazingly easy to slice off these shoots and grow them as cuttings. They strike (that is, grow roots) as though they were expecting this treatment to take place. Now, here is the amazing thing – experts reckon the new plants will match the old in one season 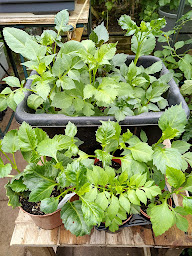 It is too late to have a go now but look up a few videos if you are interested. However, there is no need to miss out: have some of mine. We have a nice mix of colours available and you will have your own stock ready for next year when you could try you hand at propagating yourself. You only have to ask – please get in touch, as usual 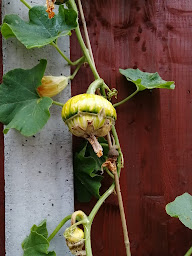 Stay in touch
It is always good to hear from readers. Especially those who have been induced to try something for themselves. The photograph shows a young father’s first foray into gardening with his little daughter. Great potting-on, David!


Wiki donation
I hope you won’t think that a trumpet is being blown here but I am going to mention that I have made a recent donation to Wikipedia. They would like me to advertise the fact for the obvious reason that they need contributions to keep the show on the road

Why have I done it? Well, there is the general reason that I use wiki as an essential source of information. I often need to check facts. But there is a more specific reason, too. If ever I am stuck for an image, wiki is the place I go to as, usually, there is no copyright issue. So, I gratefully acknowledge the use of their vast image library. Perhaps I should add that most of my photographs are my own but I am very glad that Wiki is there when I need it
Perhaps this a good place to mention that this blog comes courtesy of Blogger - a free Google service. Changes are afoot that mean I have have some editing problems this week. Apologies for odd variations in the density of text here and there. (There are other problems, too - hence some picture captions have been omitted)

Some of my readers are not (yet!) online. They receive a paper copy and appreciate the photographs. So, especially for them, is a photo that typifies a wet week – as we look forward to a rather sunnier next …

… best wishes from your old friend, the Garden Codger 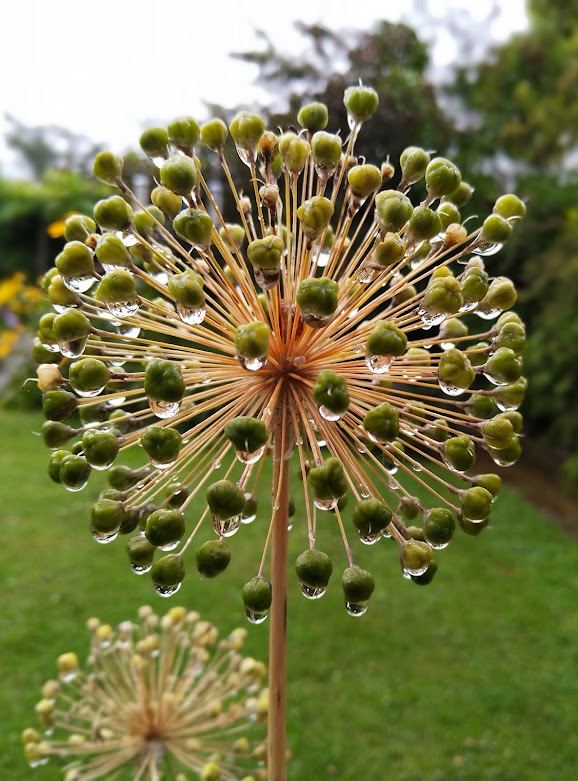